The Benefits of Having a Sibling 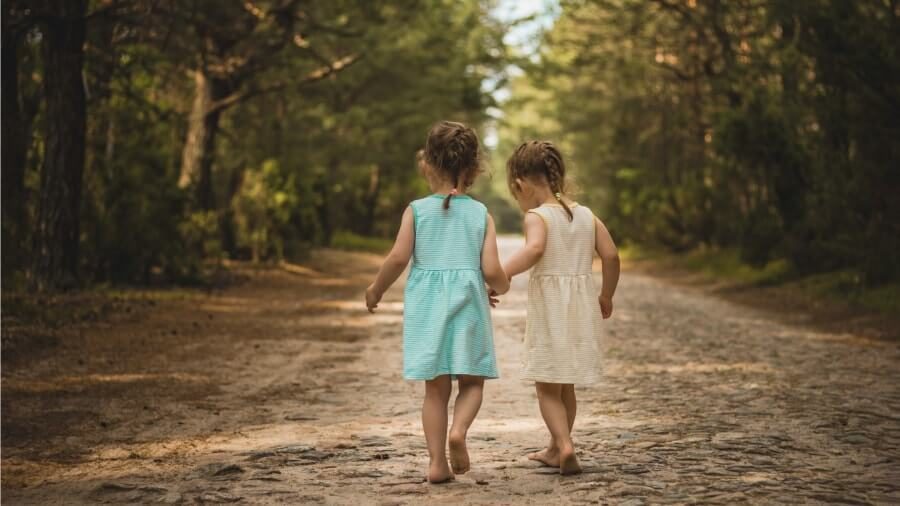 The first person we hate, and the first person we learn to become best friends with: our sibling. When I was a lot younger, my older sister and I definitely shared a love-hate relationship. Although I sometimes wished she never existed whenever we would fight as kids, I’m still grateful I got the opportunity to grow up with a best friend in my household.

Because of the strong friendship I have with my sister to this day, I’ve always sworn to myself that if I ever have a kid in the future, it is a requirement that they have at least one sibling. This is because growing up with a sibling teaches life lessons that those without sibling-like relationships would have to learn much later or just completely miss in life.

For example, one of the lessons I learned was the importance of selflessness and sharing. My sister and I grew up having to share a single bedroom. We detested it at first. My sister hated it because I would go up to her while she was sleeping and pour water down her shirt. I personally hated it because I wanted to be like those cool girls on Disney channel that had a room all to themselves which they could decorate with posters and glitter. Yet despite our complaints as children, being able to have an experience where I learned how to accept that not everything could be mine helped shape me into the person I am today. I overcame possessiveness at such a young age, and now I’m considerate with letting people borrow things like a pencil or not overstepping my boundaries.

Growing up with a sibling is essentially having a best friend in your household, depending on how close you get with them. At times where family life got rough, I felt a lot more comforted with my sister’s presence because I knew that I was not alone in my struggles. Without her, I think I would’ve been a lot more mentally unstable because I would be alone in the troubles of family with nobody really by my side. She took a lot of burdens off of my shoulders whenever we got in trouble together, or whenever we couldn’t understand why our parents argued (although I have a feeling she knew the whole time but just didn’t tell me.)

She took on the role of a best friend, and even acted as a parental figure sometimes. In fact, she was the one who taught me how to ride a bicycle, and how to say my first words. Most of the childhood memories I remember include my sister in them, because of her huge presence in my life. I remember filming YouTube vlogs with her, play-wrestling, sneaking out of the house in 2nd grade, and yelling at each other all night.

Thinking back on my life, I can’t imagine how much things would’ve been different had I not had an older sister with me. I would’ve been bored to death at family events with nobody to talk to, less experienced in my people skills, and extremely sad that I had nobody to annoy at home. It was life-changing being able to have a friend from day one, despite them being a bad friend on several occasions. Because in the long-run, I would say that more than half of my personality was developed through having a sibling. Truly, having at least one sibling can be one of the greatest things to happen to you and turn your world upside down.