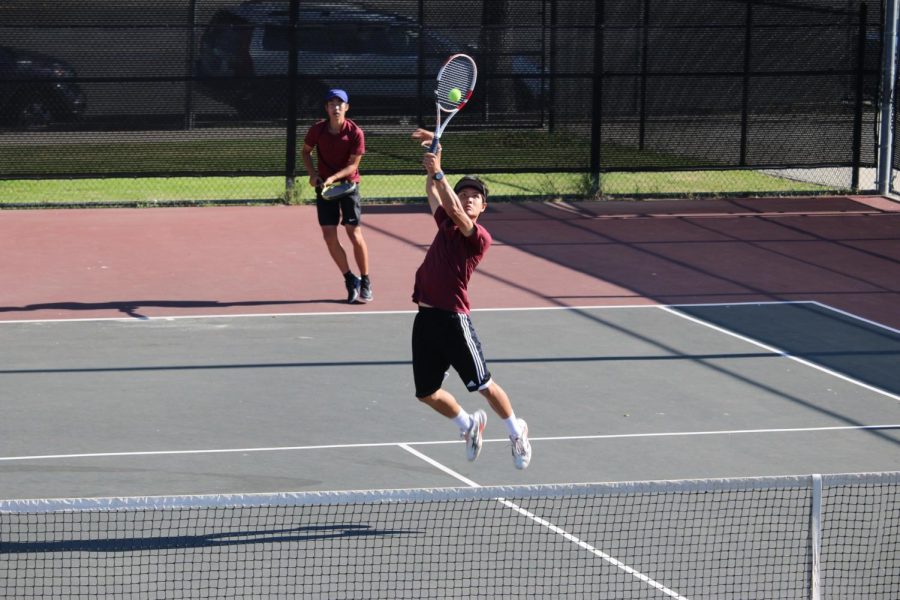 Arcadia High School’s (AHS) Varsity Boys Tennis team reached the CIF semi-finals on May 11! With a final overall season record of 22-6, all of the team’s defeats were to teams ranked in the overall top 10 of CIF. Now, the team is one of the top 12 Boys Tennis teams in the CIF Southern Section.

Like most teams at AHS, our Boys’ Tennis team participates in CIF. This organization is the governing body for high school sports in California, they oversee and hold championship events in 19 sports. In CIF, teams from different leagues play against each other in hopes of advancing to the playoffs.

To prepare for matches, the team does conditioning exercises, rigorous on-court hitting drills, and numerous practice matches between team members. Through working hard during practices, the team prepares for the challenges that one may face on-court.

“The first player or doubles team to win 6 games wins a set,” explained the Arcadia Boys’ Tennis coach, Damon Lieu. “A total of 9 single sets and 9 doubles sets are contested.”

“In CIF tournament play, teams are assigned to one of six divisions: Open division and Divisions 1 through 5,” Coach Lieu said. In each of the five divisions, 32 teams compete in a single elimination tournament for a CIF Division title.

“The highest division is the Open division, which is reserved for the eight highest ranked teams in CIF,” Coach Lieu stated.