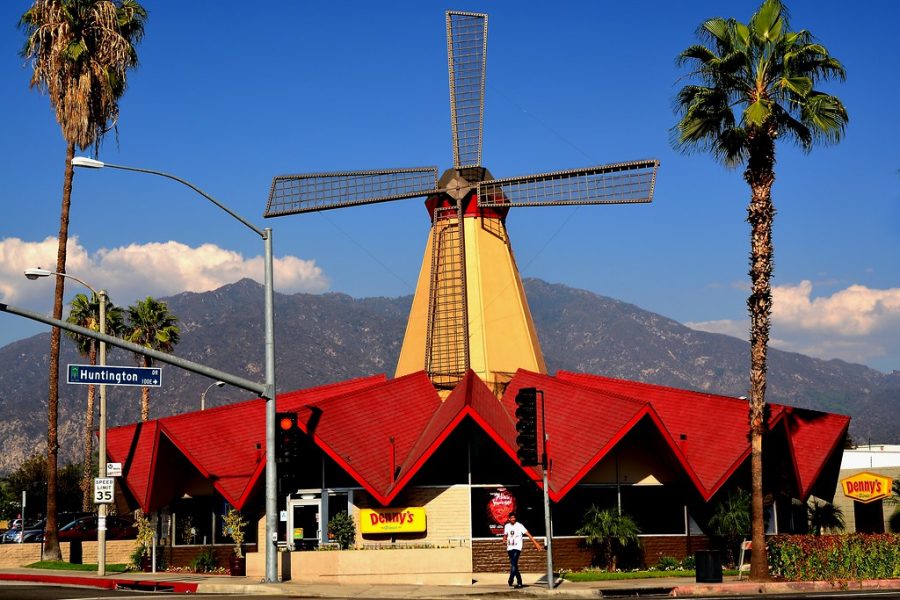 The beloved Denny’s on Huntington Drive that we all have gone to at either 1 a.m. after a school event, or simply to eat with family and friends, is now temporarily closed. Arcadia residents were struck by the closing of Denny’s, as it has been a landmark to the many who count on it as their go-to after hours restaurant. A fire broke out on Oct. 16, and many Arcadia students were there to experience the havoc that occurred at the time.

Passing by the restaurant now, it appears to be completely empty with reconstruction in the midst. The sign posted on the door includes an apology for the inconvenience and an unspecified time frame in which the restaurant will be closed. Their reasoning is major reconstruction because of the fire that had destroyed the inside. Unfortunately, this ultimately means there is no definite date for the reopening of Denny’s.

Since its first opening in 1967, the location was best known for its windmill. It takes Dutch themed dining into prospect with the Van de Kamp windmill being the first thing anyone sees. Since the takeover of Denny’s in 1989, the windmill was on its last legs and was supposed to be taken out. In the 2016 reopening, the windmill with new technology was finally able to run until the mill fell onto the roof on Dec. 17, 2017, only one year following the revamp. This location is not new to disasters due to old age.

“Adrenaline rushed through me and I ran out of the Denny’s as fast as I could,” junior Mellanie Grbavac, who was there for the accident, said.

This all occurred within minutes, at around 9:37 p.m. Grbavac explained that someone had come into the restaurant to tell them there was a fire. From the reports of Grbavac and the group of friends she was with, even though she knew they would be okay, it was shocking to feel firsthand.
“Everyone was running out of the doors; I was too shocked to fully process what was happening,” Grbavac reported.

The images of the scene were filled with smoke and flashing lights from firefighters coming to stop the fire before it could get any worse. The group of people Grbavac was with stated that they were thankful nothing worse came out of this.

“We found the fire was caused by a non-specific building system that’s related to the kitchen,” Deputy Fire Chief Chen Suen from Station 105 reported to Apache News producer Justin Zhang.

The origins of the fire are still uncertain, but we know the proximity in which it did occur. The start could’ve ranged from electrical issues to the hooded ducts in the kitchen. Unfortunately, we do not know the exact reason, but the firefighters were still able to extinguish the fire.

We thank the Arcadia Fire Department for arriving fast and confining the fire, preventing any serious injuries.