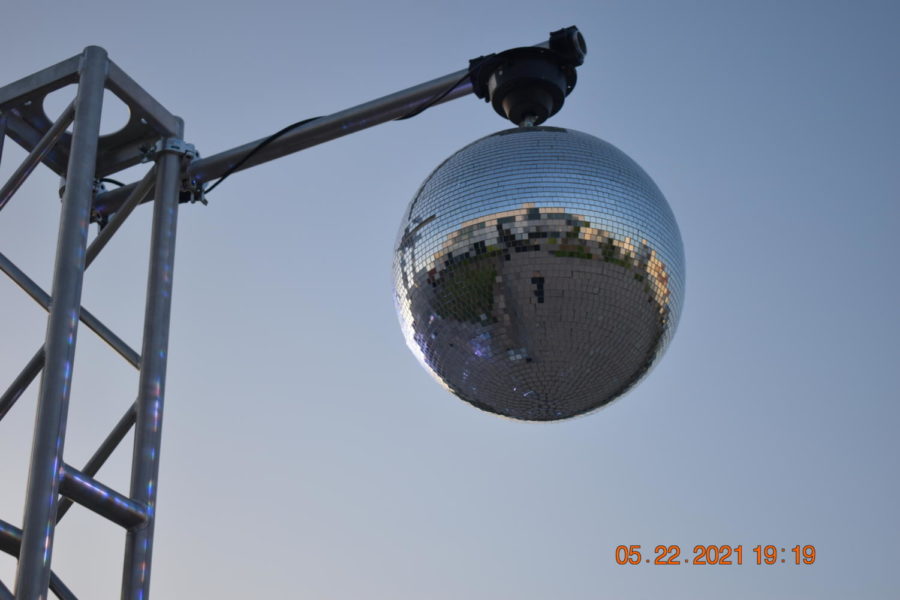 Each year, many juniors and seniors look forward to prom, which is typically held near the end of the year. However, due to unusual circumstances caused by the coronavirus, Prom Committee was forced to restructure prom multiple times this year.
“At the beginning of the year, Prom Committee sent out interest surveys to juniors and seniors,” said sophomore Vice President Christina Xu. “After analysis of the feedback we got, we decided on holding a drive-in movie because at the time, it was an event people expressed they’d be interested in.”
Reception to the original plan of having a drive-in movie was mixed. Some seniors took an optimistic view of it, and were glad that they were having an opportunity for prom.
“I thought the drive-in prom was a viable alternative to our normal prom,” said senior Emilie Sung. “At the time I was a bit disappointed that we weren’t going to have a normal prom at all, but was glad that our school at least made an effort to replace it with a drive-in option. I thought it’d be pretty fun to at least be able to watch a movie with my date or friends.”

On the other hand, some seniors were worried about logistics issues for the event.

“The drive-in prom was a neat idea, and I think it would have been fun,” said senior Rachel Loh. “Honestly, I didn’t know much about the logistics, so I was a bit worried that I would have to be in the car with my parents because I don’t have a driver’s license!” Other students voiced similar concerns, as many are still unable to drive, or they were nervous about having constant parent supervision throughout prom. Students also had concerns over being able to socialize.

“Socializing was another issue because they wanted to keep us safe, so we wouldn’t have been allowed to congregate and get to know how everyone had been because we would be confined to our cars,” said senior Kaylee Cheung. To accommodate the guidelines, it would be extremely difficult for people in different cars to meet and talk.

However, thanks to Los Angeles County entering the yellow tier, more pandemic restrictions were lifted, allowing in-person events to become more feasible. With the restrictions lifted, Prom Committee was able to implement plans for an in-person prom at the school, which took place on May 22.

“We felt that people would enjoy an in-person event that is similar to the typical prom experience,” said Christina. “We haven’t had the opportunity to host this type of event in a long time due to the pandemic. We wanted people, seniors especially, to be able to attend a Prom that resembles what Prom would look like in a ‘normal’ year.”

“I think the effort Prom Committee put into making a “normal prom” given the pandemic circumstances is admirable,” said senior Ally Fung. “While it definitely felt different from past dances at outside venues, the chance to dress up with my friends and have fun was a good addition to the senior year experience.” Many other seniors felt similarly, and that it was the best Prom Committee could have done with the limited time given.

Unfortunately for seniors, this is the only prom they will be able to attend in high school. However, juniors can look forward to next year’s prom, which will hopefully not be impacted by the pandemic.