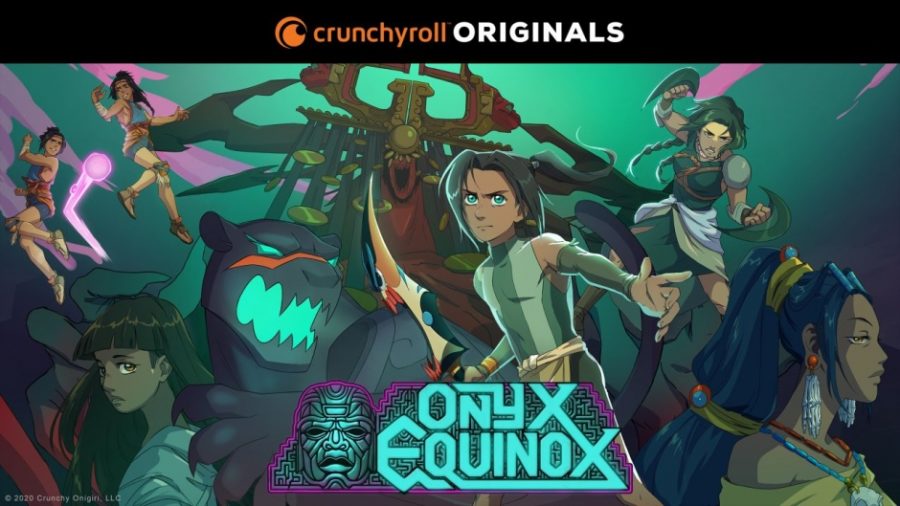 On Mar. 12, Sofia Alexander, the creator of Crunchyroll Original Onyx Equinox, and Kuni Tomita from the art department joined the weekly Japanese Culture Club meeting as they discussed what the animation industry is like.

Thanks to President senior Adam Chavez, the club was allowed to have these two visitors describe their jobs at the Japanese Culture Club meeting. Club meetings usually consist of a presentation regarding Japanese culture; sometimes special activities such as this one are held.

Both Kumi and Alexander are known for a variety of work in the art departments of many popular animations. Some famous works that Alexander and Tomita are part of are The Powerpuff Girls and Dora the Explorer. Having been in the industry for a while now, they are both knowledgeable of how the industry works as well as how shows get featured by Crunchyroll.

“Originally I thought that nobody would support a Mesoamerican style anime, but my wife was able to convince me to give it a shot, and they liked my idea!” said Alexander.

Accordingly, the show contains a lot of references to Mesoamerican culture as well as more obscure topics. Alexander said that searching up Mesoamerican culture on Google only scratches the surface of their values, and she wanted to make sure that she covered it in more depth to represent the topic properly.

After finding success with Onyx Equinox, Alexander now has many fans who are awaiting an announcement for a second season of the series. Fans are clamoring for Crunchyroll to approve the series for a season two, as despite having around only 9,000 followers on Twitter, fans are very vocal about the series receiving another season.

As both Tomita and Alexander have worked in the art and animation industry for a while, they gave some knowledgeable advice for up-and-coming artists.

“Even if it seems like it is impossible to get recognized, just keep on doing what you enjoy. Eventually you may be able to find an opportunity thanks to all the work you have put in,” said Tomita.

Members of the club all appreciated that the visitors gave their time to visit the club.

“We appreciate them for giving up time out of their day to chat with us. It was a wonderful experience,” said Japanese teacher Mrs. Summers.

Be sure to join the Japanese Culture Club for more exciting activities such as this one!