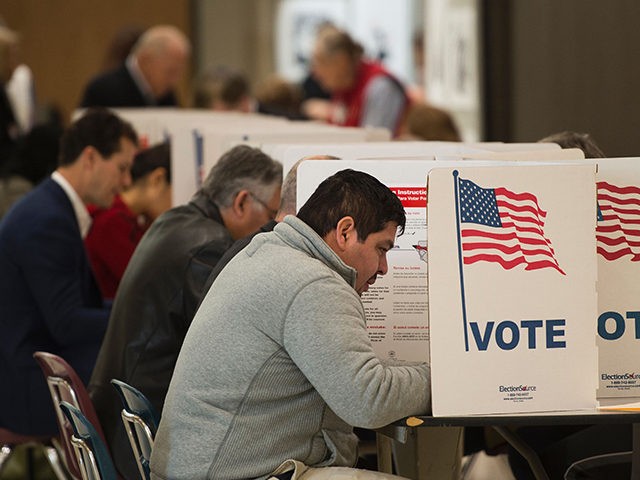 Months after their crushing defeat in the November 2020 elections, GOP members across the nation have begun implementing voter restrictions in their respective states.

The November elections marked a turning point, as former President Donald Trump was defeated by Joe Biden, and the Democratic Party scored key victories in the Senate. One of the key factors in the party’s victory were Black voters, 87% of whom voted for Biden. As a result, states like Georgia and Arizona have begun to sweep out voter restrictions to stop them from voting.

One move was the Arizona State Senate’s approval of yet another bill restricting voter rights. The state Senate has approved several bills recently, one of which limits the people who are able to vote by mail. The previous election had unprecedented amounts of mail-in ballots, many of which were sent by Democrats. Several bills have also limited the time frame in which mail-in ballots will be accepted, including one that starts the early voting window five days later. Republicans in the state claim the bills will make the election less fraudulent, and they pointed to the difference in political ideologies between the two as the reason for the difference.

“Democrats value as many people as possible voting, and they’re willing to risk fraud,” said Representative John Kavanagh. “Republicans are more concerned about fraud, so we don’t mind putting security measures in that won’t let everybody vote—but everybody shouldn’t be voting.”

On the other hand, Democrats believe that this is simply voter suppression, as many disadvantaged, rural communities will not have access to the resources now necessary to vote by mail. This heavily impacts Native Americans and others who may find it more difficult to print all the new resources needed for mail-in ballots.

Another major effort to block voter rights is taking place in Georgia, the only state with more proposals to restrict voting rights than Arizona. The Election Integrity Act of 2021 may not seem racist in its provisions, but the restrictions disproportionately affect Black and Brown communities due to the socioeconomic disadvantages they face. The bill also included a provision to allow continuous challenges to one’s voter eligibility, which could paint a target on those less likely to vote for the Republican Party.

The bill, which was passed in the name of “election integrity,” was praised by Republican interest groups. They claimed that the new bill will make future elections less fraudulent than the previous one. Like in Arizona, Democrats heavily criticized the bill, as it unfairly targeted Black communities, which were more likely to vote Democrat.

These moves are just part of a national effort by the GOP to suppress voters under a thin veil of protecting “election integrity.” Some have called for bans to voting on Sunday, which would hurt Black communities even more, as church is a good way to gather people to vote. The proposal also excludes other religions that may have different days of rest, and completely ignores the notion of “separation of church and state.”

As the GOP continues its insurrectionist voter reforms, it remains to be seen what will be done about its outrageous proposals.