The History of March Madness 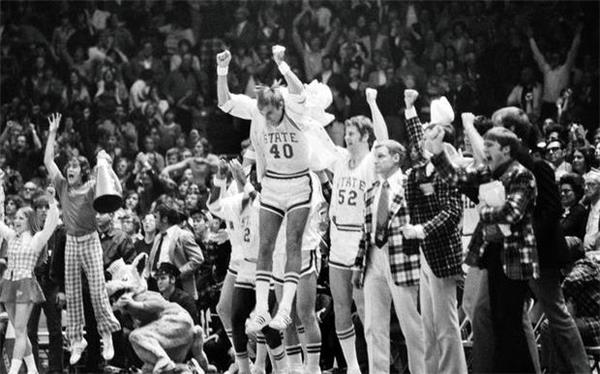 March Madness is an American staple as it appeals to both the casual fan and the die-hard college basketball fan. The different aspects of this sporting event—filling out a bracket, watching nail-biting buzzer-beaters, the heartbreak of losing a last-second game, or hearing “One Shining Moment”—all contribute to the greatness of March Madness. However, this college basketball tournament did not just come out of nowhere; every popular game has its origin.

March Madness was created in Illinois in 1939. The idea of a single-elimination basketball tournament was created by the National Association of Basketball Coaches (NABC). Winning a championship was much easier back then as there were only eight teams in the tournament until 1951, when the field increased to 16 teams. Between 1952 and 1974, the field fluctuated from 22 to 25 teams. In 1975, the field expanded to 32 teams; in 1985, the field expanded to 64. During the 1982 tournament, the term “March Madness” was popularized by CBS broadcaster Brent Musburger and has been used ever since.

In 2001, the field was expanded to 65 teams due to the Mountain West Conference joining Division 1 (each conference gets one automatic bid). The last expansion of the field was in 2011, when three more slots were added, pushing the total number of teams to 68. With 68 teams, four “First Four” games played every year to determine the four teams deserving of the last four slots. There are different names for each round of the tournament, beginning with the Round of 64, then the Round of 32, Sweet Sixteen, Elite Eight, and Final Four.

At the end of each March Madness tournament, there is always the “One Shining Moment” video that is bound to bring tears of joy to some viewers’ eyes. The “One Shining Moment” song was written by David Barrett in 1986. This end-of-tournament video captures the tournament’s best moments, ranging from buzzer beaters to fan reactions to players sobbing on the bench.

With any sport, there are always teams that are a cut-above the competition. One of the first teams that jump to mind are the 1960s and 1970s University of California, Los Angeles (UCLA) Bruins. These Bruins teams were one of the most dominant teams of all time. Between 1964 and 1975, they won ten of the possible twelve championships, including seven in a row from 1967 to 1973. From 1966 to 1968, they were led by one of the greatest basketball coaches of all time, John Wooden, and one of the greatest basketball players of all time, Lew Alcindor, later known as Kareem Abdul-Jabbar. However, the UCLA Bruins’ greatest season may have been in 1972, when the average score of their games was 95-64 and they finished the season 30-0.

“Alcindor regularly dunked over his opponents his first year in college,” according to Sportscasting. “The media nicknamed it the ‘Lew Alcindor rule,’ which prohibited players from making shots above and directly over the cylinder.”
Another great team was the 1976 Indiana Hoosiers. The Hoosiers ran through the competition finishing the season 32-0 and winning each March Madness game by an average of 13 points.

March Madness is not “March Madness” without Cinderella stories and upsets. A Cinderella story is when a low-seeded team makes a deep run into the tournament. The lowest seed to ever win a national championship is an 8-seed. This has happened four times—1980 UCLA Bruins, 1985 Villanova Wildcats, 2011 Butler Bulldogs, and 2014 Kentucky Wildcats.

One of the best Cinderellas was the 2006 George Mason Patriots. This team was not even supposed to make the tournament because it had lost in its conference tournament championship game (which grants an automatic bid). It received an 11-seed and made it all the way to the Final Four, defeating Michigan State, North Carolina, and Connecticut along the way.

The last 11-seed to make it to the Final Four was the 2018 Loyola-Chicago Ramblers. These Ramblers played in nail-biters every game, with their luck running out in the Final Four against the Michigan Wolverines despite leading at halftime.

“This was Miracle on Ice. This was Buster Douglas over Mike Tyson. This was Joe Namath beating the Colts, and “Hoosiers,” in real life,” said Mike Lopresti, a writer for the NCAA. “Only unlike Hickory, UMBC did not require a last-second jump shot, but rather merely to run out the clock on a 20-point drubbing.”

March Madness brings plenty of thrills every year. It is one of the reasons why millions of people from all different backgrounds tune in every year to watch a David topple a Goliath. However, without the deep origin of March Madness, this annual college basketball tournament would not even exist.