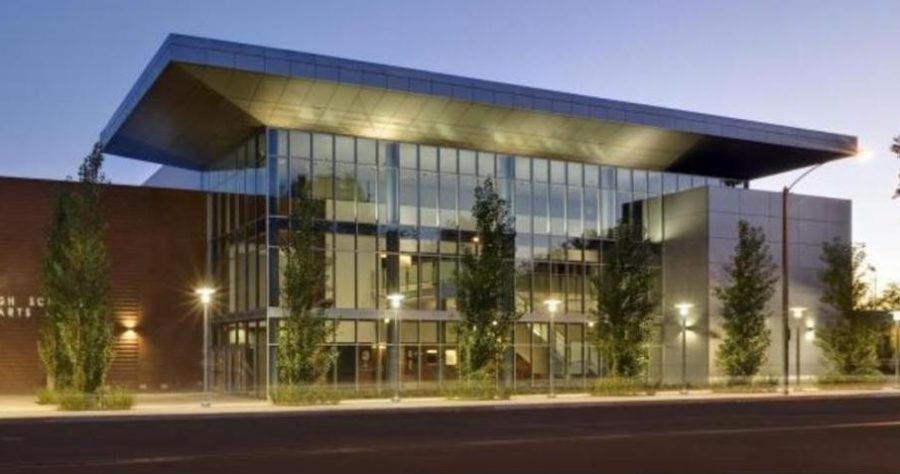 TW: This article contains mentions of sexual assault, which may be distressing for readers.

It is no exaggeration to say that the events which unraveled over the summer shocked the community of Arcadia. Sexual misconduct, especially on campus, is a discussion that has been long overdue within our student body. It’s something that should never be overlooked by the administration, the victim, the instigator, and bystanders. This past year has been a wake-up call for our community. Hopefully, the past and future efforts made by the Arcadia Unified School District will be effective and create a lasting impact on the culture of Arcadia High School.

The Apache Pow Wow’s editorial board would like to contribute to the ongoing discourse by expressing our thoughts about what these changes mean for our school and reporting steps that are being taken to prevent further sexual abuse from happening in the future.

As of September 2020, the administration’s protocol for addressing and reporting sexual misconduct is to understand the people involved, communicate with the student(s) and parent(s), and follow up with those affected. However, this is a very case-by-case situation as something more serious would take another route. For example, something that qualifies as assault will necessitate getting statements, evaluating if immediate help is required, investigating details, and might involve police or contacting Child Protective Services (this often happens in homes). It should be noted that the first course of action is to always make sure the victim is safe.

When it comes to the privacy of the students involved, the information of the investigation and aftermath are protected. Student identities and records are not allowed to be released to the public. While this may leave the impression that nothing has been done, the reality is that such information is kept private for legal reasons (such as the Family Educational Rights and Privacy Act).

Despite this, Principal Angela Dillman wants “students to know how seriously [the administration] took the things that happened this summer.”

This summer gave them the “time to reflect on [their] practices.” One large improvement that is a work in progress is “closing the loop.” The administration wants to ensure that they always follow up with the person who reported and can provide them with the best kind of closure they can. Ms. Dillman shares that the administration will keep in contact with the person who filed the report, even if that’s just checking in on them and letting them know they are cared for.

“‘We have taken this very seriously, we think this should’ve stopped. Has it stopped? How are you? Please come back to us if this happens again,’” she said.

In conjunction with these efforts, the current Wellness Center program has been in place from the beginning of the 2020-2021 school year. This new program, run by Ms. Deja Anderson, aims to provide students with a safe space to discuss their wellbeing. According to Dean of Students Mr. Keith Kerney, this is a work in the progress of “providing even more resources for students to get help.” Ms. Anderson further details that if a student were to approach her with their personal experience of sexual abuse, she would not only talk to them but “put them in contact with a therapist because of the trauma they have experienced” if the student desired to take that option. Ms. Anderson also elaborated that communication with a “School Resource Officer who could take care of it from a legal standpoint” could also be involved.

Under a similar system, Ms. Dillman hopes to open the ground for a new sexual misconduct program focused on increasing sexual and health education for students and raising awareness about the signs of sexual harassment, assault, and healthy behaviors. This is led by two professionals who will “develop training that is specific to this community.”

However, while these efforts are being made on the administrative side, Ms. Dillman acknowledges that the environment at a student’s home also plays an important role in healthy development. The programs for students will extend to parents, opening the conversation about these topics.

“We really need to rely on parents,” Ms. Dillman highlighted. “If there is a concern that your child might have something explicit on their phone involving a minor, parents need to play a really important role in monitoring that. Because what the school can do, unfortunately, only goes so far if we don’t have an actual participant turning over their information.”

While these programs have never been done before, it is up for debate whether they will be effective in changing such a generational culture. One of the factors that deter sexual assault victims from reporting their experiences is the “fear they won’t be believed,” which has “primarily been the case” according to psychotherapist and author Beverly Engel who specializes in the areas of abuse recovery and women’s issues as she writes in her article, Why Don’t Victims of Sexual Harassment Come Forward Sooner? We see this phenomenon very clearly in our community, as a suffocating stigma exists around discussions about sexual relations, not to mention abuse or harassment. Often, these issues are swept under the rug, with the culture of saving face being very common in the face of such adversity.

It also has to be addressed that now with online learning, it is harder than ever to share something personal with a teacher. Office hours are usually meant for academics only, closing one of the few gaps available for teacher-student communication. This, coupled with the above-mentioned stigma within some families, makes it difficult for victims to come forward and tell their stories.

Despite the many obstacles that exist today, it can be seen that initiatives are being taken to improve the situation. Ms. Dillman acknowledged that encouraging victims to speak up is not something that can happen overnight, but with time and healing, the environment and culture at AHS can improve. The most important thing is that we’re actively taking steps forward and facing this situation head-on, rather than hiding from it.

Sexual abuse will remain a topic to be further discussed and confronted in the future. Hopefully, this article provided an adequate overview of the efforts made, and how victims can find help in such a traumatic situation.